If you're new here, you may want to check out my free video training 'Stop Wasting Time & Get More Done on Your History Blog. Thanks for visiting!

Whether it’s the stuttered swearing in The King’s Speech or the magnificent yet chaotic epic Cleopatra it seems we (and by ‘we’ I mean ‘me’) just can’t get enough of historical movies.

I’m guessing if you’re here you also partake in the odd fabulously costumed, occasionally terribly accented canter through a historical biopic, so today I thought I’d take you through my top five best historical movies of all time.

In full disclosure, this post contains affiliate links. I only ever recommend providers I use myself and believe will be of value. For more view my policy page.

So, do you have these historical movies on your list?

Considering I’m not a massive Keira Knightley fan I was surprised how much I loved this film.

The Duchess follows the turbulent life of Georgiana, played by Knightley, who becomes socialite The Duchess of Devonshire. The Duke, a role well-suited to Ralph Fiennes, flip-flops between total scumbag and a man clearly trapped under the enormous weight of expectation and family duty.

With fabulous costume, settings like beautiful Chatsworth House and score it’s really about the lack of power women had in 18th Century Britain trapped in arranged-marriages, with no money and no say over the many children they were expected to have.

There are some heartbreaking moments when the Duchess tries to break away and start a new life with her children and the man she really loves. If you love your motivational historical movies it’s not one to watch. It’s more of a ‘I’m in bed with a Lemsip and packet of biscuits feeling sorry for myself’ kinda film.

Pssst…..Don’t forget you could do a post like this for your blog. To find more ideas check out my History Blogging: 35 Ideas for Blog Posts

The Other Boleyn Girl they are referring to is Mary Boleyn, sister to the infamous Anne, who first turns the head of King Henry VIII. It follows the battle for the King’s affection, which Anne eventually wins and then spectacularly loses.

I have several issues with this film (but, yes I still watch it). Eric Bana who I loved in The Time Traveller’s Wife and Troy is just not a good Henry (sorry). For me, there’s something missing.

The attempt to create a ‘will she won’t she be executed’ scene at the end will only work on 0.1% of the audience

Natalie Portman, who looks fabulous, and Scarlett Johansson have great sisterly chemistry but both English accents are somewhat questionable and distracting. I also question how calculating they made Anne – did she really learn that much at the French Court to be able to manipulate the King?

The attempt to create a ‘will she won’t she be executed’ scene at the end will only work on 0.1% of the audience but the scene where Mary bravely takes baby Elizabeth from her mother to live with her, despite everything her sister, Anne did to her gets me choked every time.

Ready for some Tudor-loving Magic. Watch, rent or buy The Other Boleyn Girl on Amazon Instant Video. (paid link)

This is the epic Elizabeth Taylor and Richard Burton movie, which became more notorious for what was happening off set than on it. I love it because it’s about three days long : ) and just madness.

Taylor, as Cleopatra, gives a commanding performance looking like the Hollywood star she was and the ever-serious Burton’s monologues as Mark Anthony are sublime.

The budget for Cleopatra started off at $2 million and ballooned to an estimated $44 million, and this is 1963 prices people! I’m guessing the costs were not helped by 26,000 costumes, 79 sets and Taylor’s record-breaking $1 million fee.

“Historical accuracy? I have no idea. Magnificent chaos to watch every Christmas holiday? Definitely.”

It was originally meant to be two movies, but the studio sensing the money they could make from audiences clambering to see the on-screen chemistry between scandalous Burton and Taylor condensed what they had into one movie. And you can tell!!!

The movie, despite the personal drama, was a massive flop. It nearly bankrupted Twentieth Century Fox and Taylor nearly died of pneumonia (although that woman was ill a lot.) Historical accuracy? I have no idea. Magnificent chaos to watch every Christmas holiday? Definitely.

If you feel like a few hours of Taylor-Burton madness in Ancient Egypt, watch, rent or buy Cleopatra from Amazon Instant Video (paid link)

When historical movies are Oscar winners it means one of two things. It’s either completely worthy and fabulous or so over-the-top arty and luvvie that it’s a disaster.

The King’s Speech is certainly the former. Starring Colin Firth as King George VI and Geoffrey Rush as his speech therapist, Lionel Logue, it is just like a hot chocolate and packet of Fortnum’s biscuits. I absolutely love the historical films that take a small story you didn’t really know about from a massive event and dive right in.

The film, as you can imagine, takes us through Bertie, Duke of York’s attempt to cure his stutter. His wife, Elizabeth, takes him to every specialist on Harley Street until they come across an Australian with seemingly unorthodox methods.

As his brother Edward VIII abdicates and war with Germany looks every more likely the Duke now King George VI must be able to communicate with his people. He must also listen uncomfortably to the reasons why he stutters – not easy for a King.

Everyone in this is magnificent and the exchange where Logue’s wife comes home early and finds the Queen, played superbly by Helena Bonham Carter, in her kitchen is brilliant.

At the end when the King delivers his radio broadcast to reassure a country going to war, you are nervously on the edge of your seat. You know he’ll do it, but you still feel like you’re in that tiny room with him ticking off every word.

As with many historical movies it fell into the ‘it did really well, let’s make a sequel’ trap. So, we’ll gloss over Elizabeth: The Golden Age, which involved a lot of hair-tossing at Tilbury and slow motion. The first film ‘Elizabeth’ had great storytelling and simplicity in its settings and effects.

Cate Blanchett, the young Elizabeth, is taken from the playful light of Hatfield House to the dark of the Palaces. A young Protestant Queen, she is surrounded by male advisers who want to control her.

The film focuses on the tiresome issue of ‘why didn’t she marry’ for a while, as she gets bolder and ever closer to Lord Robert Dudley but also the many plots against her life.

Blanchett is, of course, fabulous, but the rise of Francis Walsingham, the first official spymaster, also captures the film. Geoffrey Rush expertly counsels the Queen, lurks in corners and deftly carries out his search for the treasonous amongst them.

“This is a great Friday night, glass of red and dark chocolate movie.”

In the end, the traitor’s heads are on spikes (must be very strange for the actors to see that) and Elizabeth – the Virgin Queen, dressed in angelic white declares herself ‘married to her people.’ This is a great Friday night, glass of red and dark chocolate movie.

I’ve only covered my top five historical movies here – there are so many more I could have added and new ones are coming out all the time.

Leaving accuracy aside, this is great news if like me you love this genre of films and see it as a way to help people know more about their own history or find out about another.

As ever, get in touch or leave a comment below telling me what you think about my top five historical films.

So, my friends over to you. Let me know in the comments what makes your list?

Elizabeth Hill-Scott teaches entrepreneurs and bloggers who want to start, grow and monetise a successful niche blog in the fascinating field of history. She is also a post-graduate and communications expert who spent over 15 years advising senior UK politicians and public figures.

The 15 History and Motivational Podcasts I’m Hooked on Right Now.

Are you a beginner blogger? Read 4 history blogger’s stories about why they started. 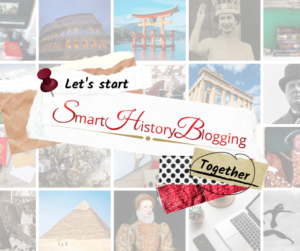